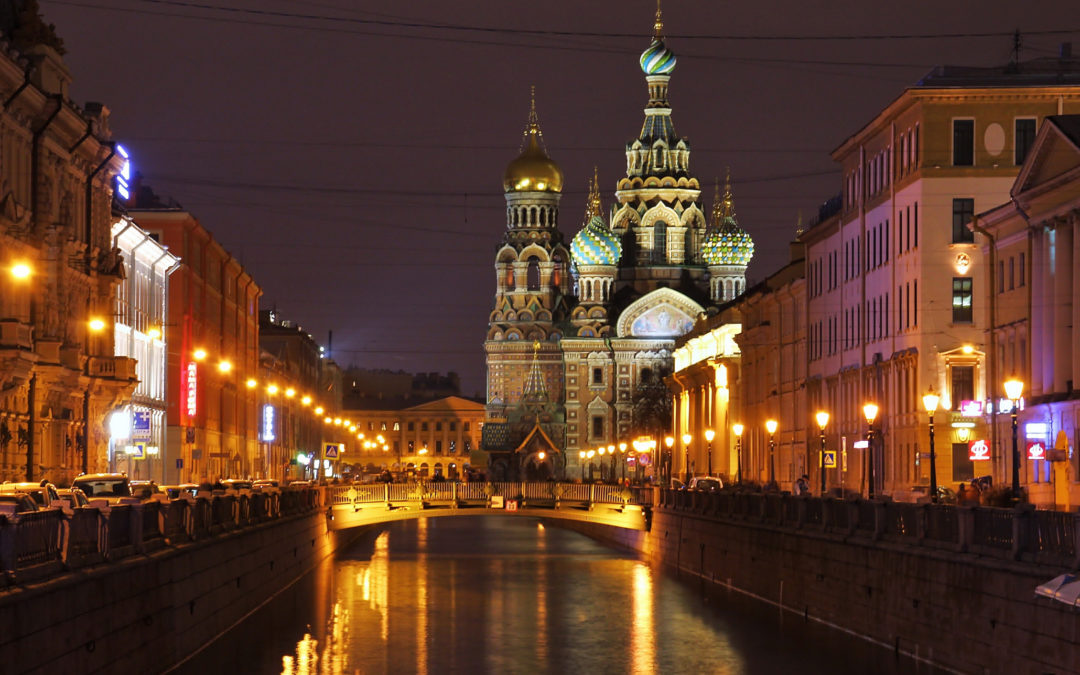 Another lesser known jewelry hot-spot and one of the world’s most beautiful cities is St. Petersburg. It was founded in 1703 by Peter the Great, his dream was to build a city that will rival some of the greatest capitals in Europe. His dream was truly and well-realized as this city is today overwhelmed with opulent fine art and palaces, majestic landmarks and architectural splendor. So where is the best place to begin in this city full of exciting sights?

For first-time visitors to St. Petersburg, the Hermitage Museum is a must. Home to the world’s largest collection of art, it said that to truly appreciate each of the 3 million pieces would take 11 years. The museum spans six buildings including the lavish Winter Palace regarded as one of the most beautiful buildings in the world. Throughout an endless series of rooms are masterpieces by some of the greats including da Vinci, Picasso, and Rembrandt. If you have a passion for art history or architecture or if you just want to explore St. Petersburg’s most famous attraction, the Hermitage Museum is a place you should not miss.

St. Petersburg is also home to some magnificent churches such as St. Isaac’s Cathedral. Taking 40 years to build, the cathedrals dazzling golden dome can be seen for miles. Not to be out shined is the colorful church on the spilled blood with its onion domes mosaics and spires this elaborate building is like something from a Russian fairy tale.

As well as its eye-catching churches St. Petersburg is renowned for its majestic palaces such as the stunning Catherine Palace. With its striking blue-and-white facade stretching for nearly 1,000 feet, this is one of the world’s largest palaces. The palace was loved by Catherine the Great who would hold extravagant costume parties in the Great Hall. It is said she owned 15,000 dresses and never wore the same one twice.

Another of St. Petersburg’s remarkable palaces is Peterhof which was built on the orders of Peter the Great as a rival to Versailles in France. It is set amid acres of beautiful parkland and the palace is surrounded by French and English inspired gardens with the gorgeous grand cascade providing a spectacular centerpiece. Hopefully, this is giving you an idea of what St. Petersburg has to offer. It is a dramatic and captivating city like no other which will remain in your memory long after you have left.